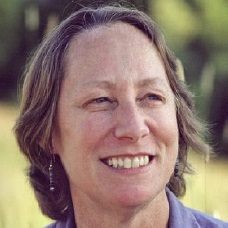 I just read a great post on Green Builder by Matt Power, titled “Just the Right Pressure.” Here is an excerpt that particularly resonated for me:

“For years, we’ve tried to help the makers of green products get their message out to consumers. But as we’ve all learned, simply blasting them with information rarely has much effect on how they think. What does? A steady trickle of both incentives and disincentives. Tax credits and rebates, for example, get their attention. On the disincentive side, when you let them know that stricter building codes are coming, that soon every house, new or existing, may be required to offer a HERS rating or equivalent, they look up from their granite countertop samples and listen. A home’s resale value may plummet if it’s not as energy efficient as the one next door.

“Another form of slow pressure may be the most powerful of all: Including eco-sensitive options in every conversation of project planning. This is where builders, trades and architects have their hands on the shutoff valve. Every player, from plumber to electrician to tile setter has the power to release or impede the flow.”

I have spent a lot of time thinking about the process of conversion (to green). It started probably a decade or more ago; I had spent several years working on LEED for Homes and in that time had countless conversations with pioneering green builders. After perhaps the hundredth such conversation, it dawned on me that every single one of them told the same story: “I decided I just had to do this [build green], and later figured out how to make the business side of it work.”

Then it occurred to me that each of them had had a before-life, when s/he had built in a more conventional way … and that there must have been an inflection point, a moment of conversion. I started to wonder what provoked that conversion experience. So I started to ask about that. And once again I began to hear, pretty consistently, a recurring theme: the conversion most often came about as the result of hearing someone else’s story of conversion.

This makes sense. We know that most decisions are emotionally based and only later (if ever) rationalized. And so speaking from a place of emotional conviction can be tremendously powerful, because it gives the ability to touch on the inner emotions of our audience.

Someone recently challenged me about this, asking if that wasn’t a manipulation (and therefore bad). I don’t think so. If we’re in the business of green building, we’re in the business of changing hearts and minds. Call it persuasion, manipulation, sales — it doesn’t matter. What matters is that we need to create this change in the world, and being honest about our commitment to it is not devious or nefarious in any way. And it’s the best way to reach people.

So I’m with Matt Power: we should include “eco-sensitive options in every conversation of project planning” — and we should explain why. My 14-year-old won’t do pretty much anything without understanding why; I’ve come to realize that I shouldn’t expect mature professionals to, either. And the why isn’t, “Chicken Little, the sky is falling!” It’s that these options have beneficial outcomes for ecosystems — and more importantly to our audiences — for the people affected by their projects. And we care deeply about those outcomes. They probably do, too, and once they understand the connections, they’re far more likely to change their practices.

The post Creating Change With ‘Just the Right Pressure’ appeared first on House Talk US.